Back in April of 2007 I took up a new hobby of flying electric R/C planes. My first plane, the Hobbyzone Firebird Freedom, despite being a "beginner" plane, was quite difficult to fly and resulted in a lot of frustration and purchasing new wings and a tail.

Not long after, I decided to get a new plane: the Hobbyzone Super Cub. This plane flies like a dream. It is the ultimate beginner plane and is so much fun to fly. Many days that spring and summer were spent up at a nearby school, flying it with a friend and my brother in-law, both of whom also had R/C planes. I even rigged up a small digital video camera to record in-air footage and put a bunch of videos up on YouTube.

After logging a lot of air time with the Super Cub, I was finally able get my first plane in the air and keep it flying, now that I was more comfortable with correcting for wind and my own errors.

We didn't go flying as much the following year, and not at all in 2009. I had attempted to change the battery connections in the winter of 2008 to something more stable than the Tamiya connectors, but failed due to my crappy soldering iron. I never did get around to fixing it that year, even though I had also picked up a couple of batteries last year in anticipating of flying.

I have decide that this year, I will get back to flying. I bought a new soldering iron and this evening, I fixed up the connections. Hopefully those two batteries I bought are still good and I may have been able to salvage one battery from a couple of years ago. We'll see if it holds a charge.

This was the last video I made of my plane in August 2007. 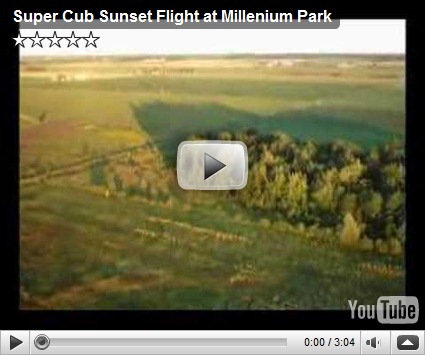