Maiden flight not so good

After countless hours flying the RealFlight 7 Sim, I was ready to take the Blade 450 3D out for its first flight on Saturday. With hardly a breeze in the air, the conditions were ideal.

I decided to use my homemade training gear. Unfortunately, the grass up at the park where I used to fly my plane was in need of mowing, and I stupidly decided not to start off on the paved parking lot. This was mostly because it would have put me in view of a group of people at the far end of the lot, and I wasn't ready to have an audience, except for my long-time friend who came along to watch. But long grass meant I had to get more altitude, which defeats the purpose of using training gear. Duh.

I think the flight last less than 3 minutes before ending in disaster. I'll let this edited video speak for itself.

The end result was a broken main rotor blade holder, which cost me less than $10 to repair (pack of two!), and now I have a spare in case it ever happens again. 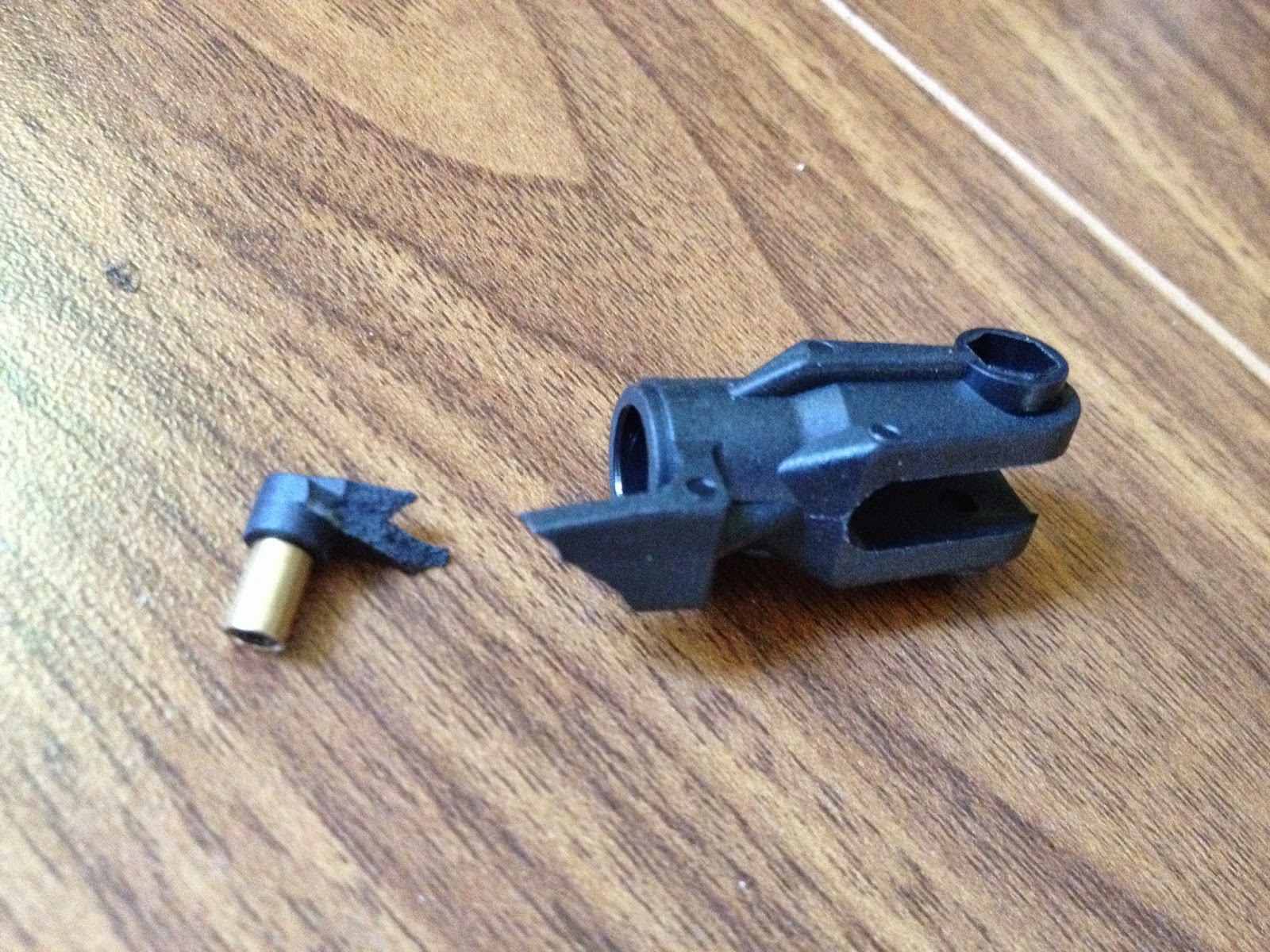 Repairing the heli wasn't as easy as I expected. Blade provides you with the tools for the heli, but what they don't do is provide you with two allen keys the same size that are required to remove the blade holders. You need one for each side as you unscrew one, so it doesn't just spin freely. Thankfully, I did have another in my tool box.

After the repair, I ran the prop for a few mins as fast as it would run without taking off, since I was doing this on my front walkway and that would surely have ended on a bigger disaster. It seems to be pretty stable.

Either I'll try the training gear again, but this time on pavement so I don't need to lift off as high and have more time to get comfortable with the controls, and trim it properly... or, I'll skip the training gear and keep it higher and fly in a circle or oval, rather just hover.

One thing I noticed with the RF7 sim is that I often find it easier to fly around than simply hovering. Keep it moving forward and worry about altitude and and roll. Hovering seems to require more concentration, for me anyway.

As a side note, when I was testing my repair I noticed something odd about two large gears that drive the main rotor blade and gyro. (I don't know their names off-hand)

It looked like they were attached so they would spin at the same speed. Now, I don't know very much about the inner workings of these yet, so I wasn't sure if this was by design or if something else was broken. When I turned them by hand, that confirmed that they do not turn at the same rate. Upon further inspection, it looked like something was jammed between the two gears. This is what I removed. 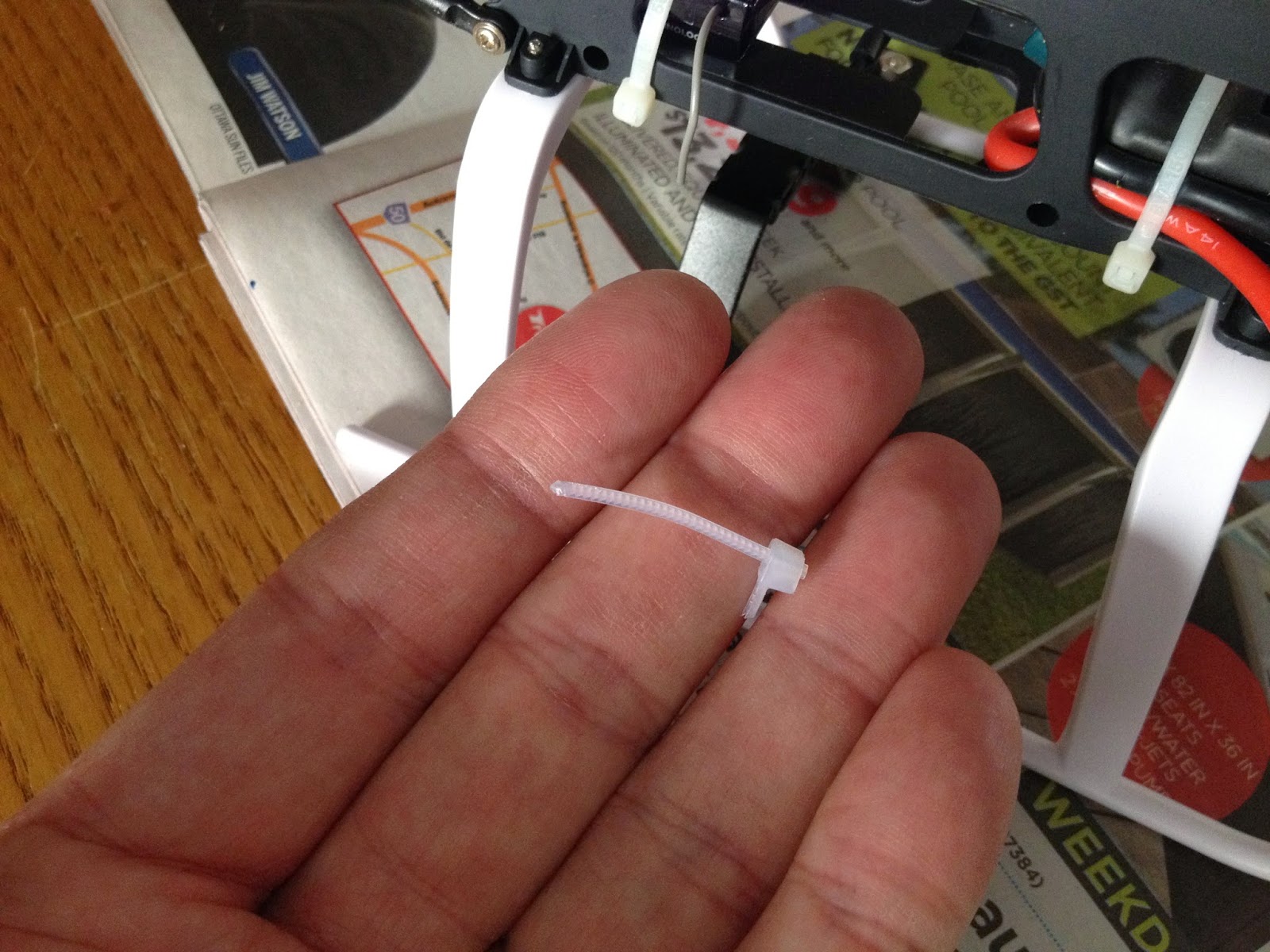 I looked over the entire helicopter and there doesn't appear to be anywhere that may be missing a tie wrap. Every wire is secure. I don't think this came off during the crash. If it didn't, then that means it was there the entire time. Could this have affected the stability of the helicopter? Perhaps. The controls didn't feel bad to me, but seeing as how my heli experience up to Saturday was on the sim, I'm not sure if I would have noticed the difference.